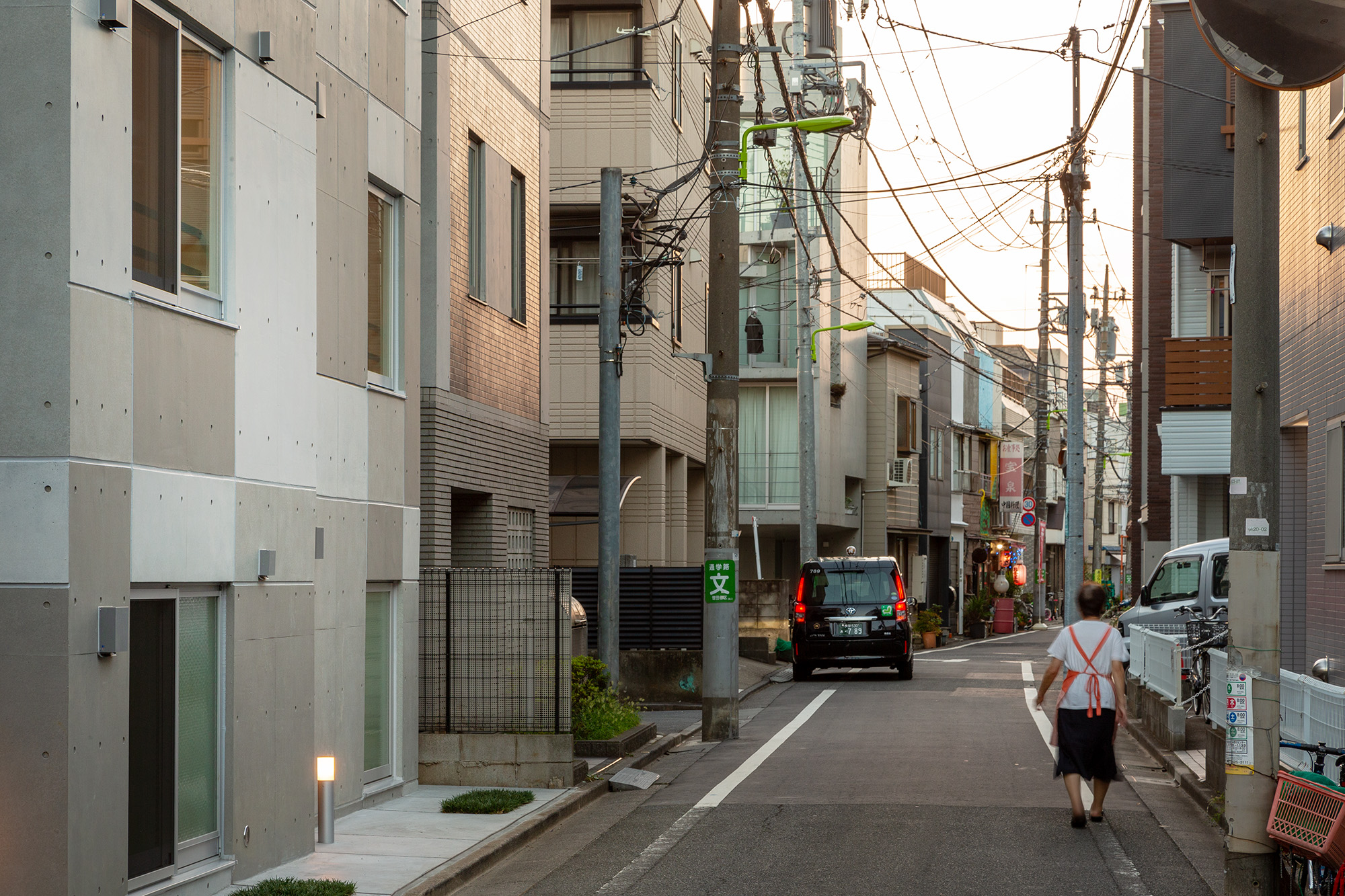 “Apartment-house In Yoyogi-Uehara” is an reinforced concrete 4-story apartment with a total of 12 houses in the right middle of Yoyogi Uehara and Sasazuka, which stands at the end of the shopping street.

At the beginning, we secured a form close to the maximum volume permitted by the code, from which we divided into several blocks to correspond to the scale of the surrounding streets. And then, we made good use of the construction and induced joints in concrete, which are inevitable in exposed concrete, as a parting, and apply transparent protective agents with different concentrations to divide the large wall surface.

The residents who work or learn at the huge building reach the nearest station, pass through the shopping street from the crowded train station, and gradually return to the human-scale area with private houses.

I imagined that the scale that people in the city can feel throughout the day would change continuously.

The rounded wall, which appears in a part of the building, was originally a method to narrow down indoor shared stairs as much as possible.

However, it also characterizes the interior space of the dwelling unit on the opposite side, and at the same time, the thick bearing walls are also revealed to be inextricably linked together.

Each of the 12 families lives in a unified manner while maintaining their independence.

Just like a tenement house, it creates a feeling of intimacy. 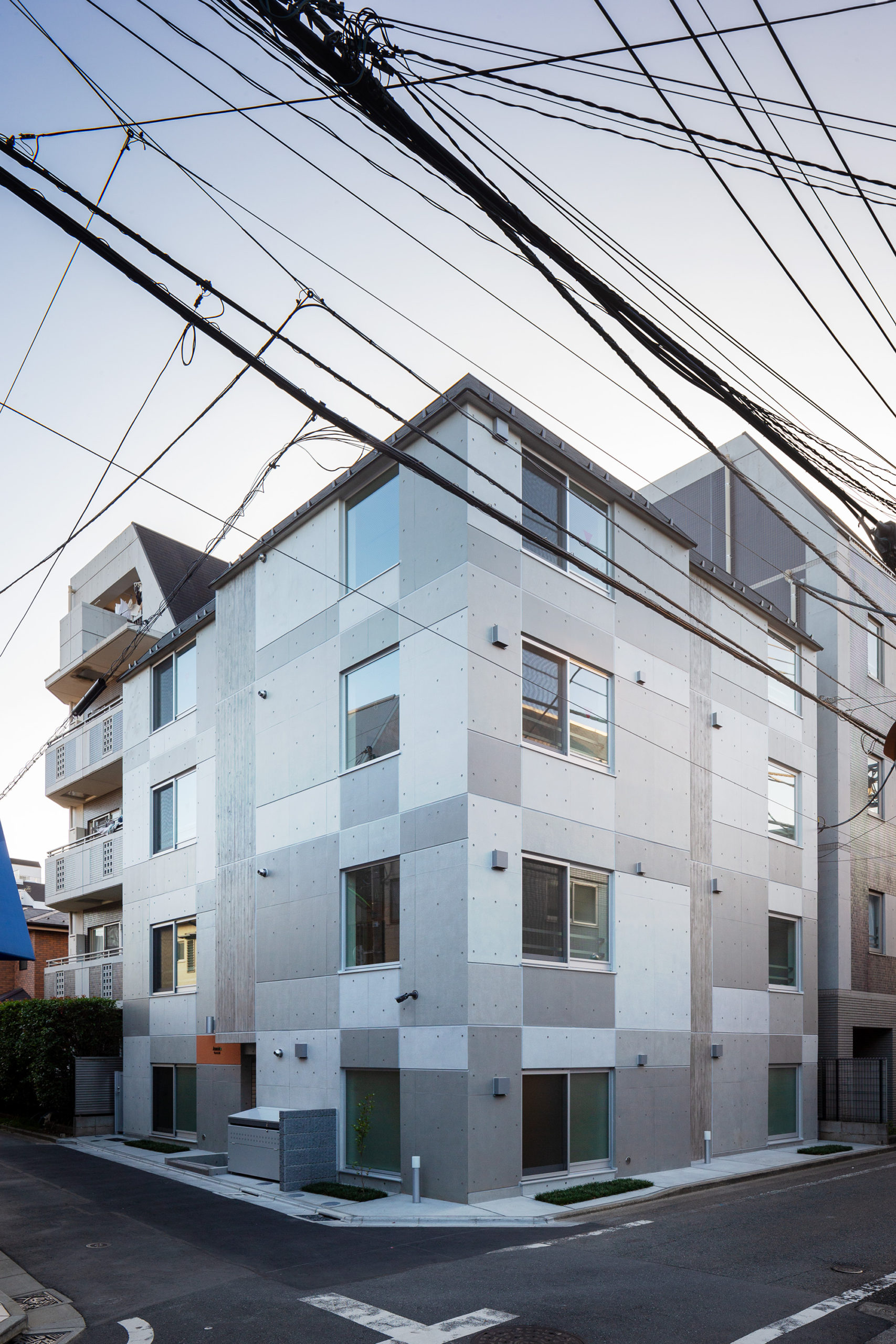 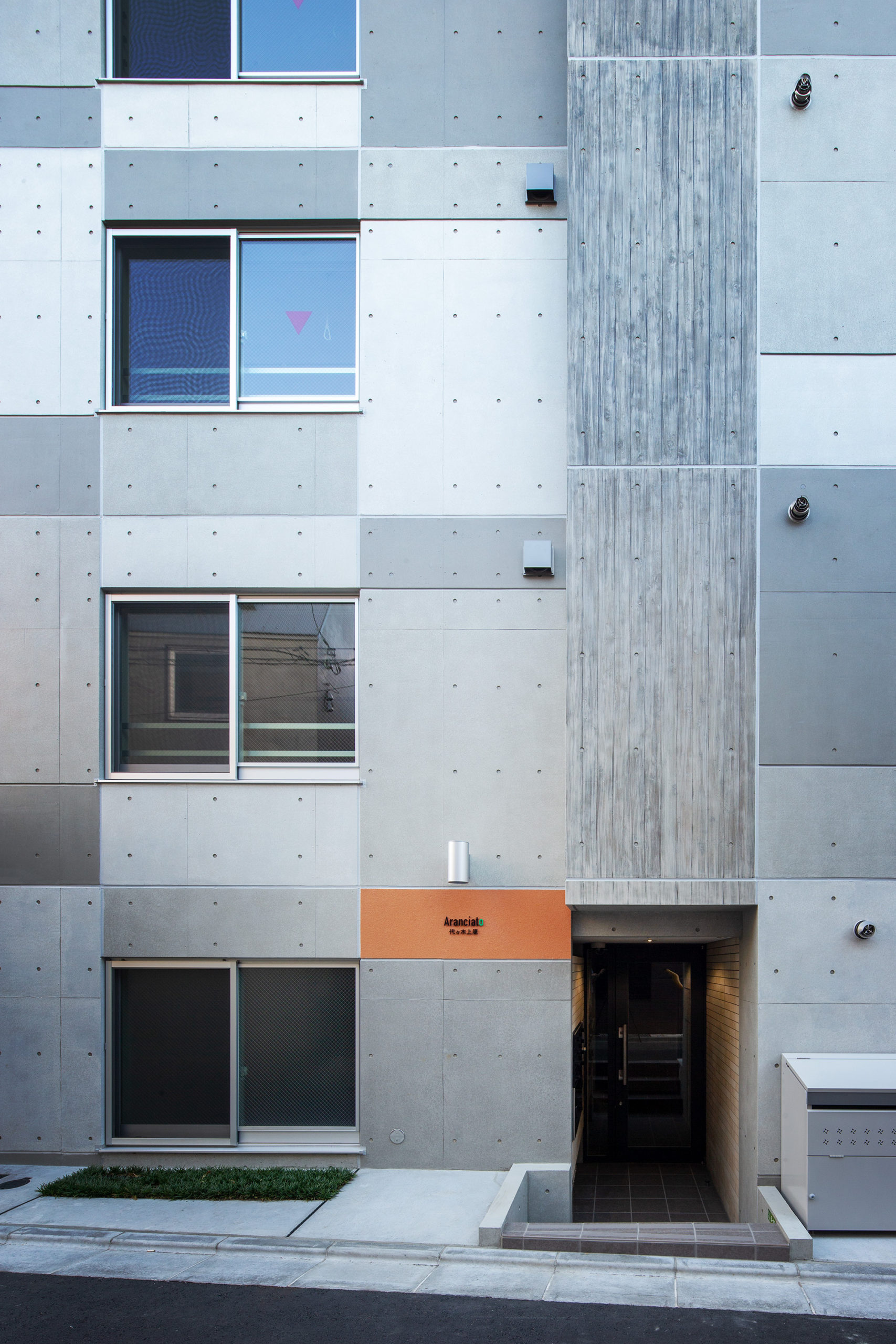 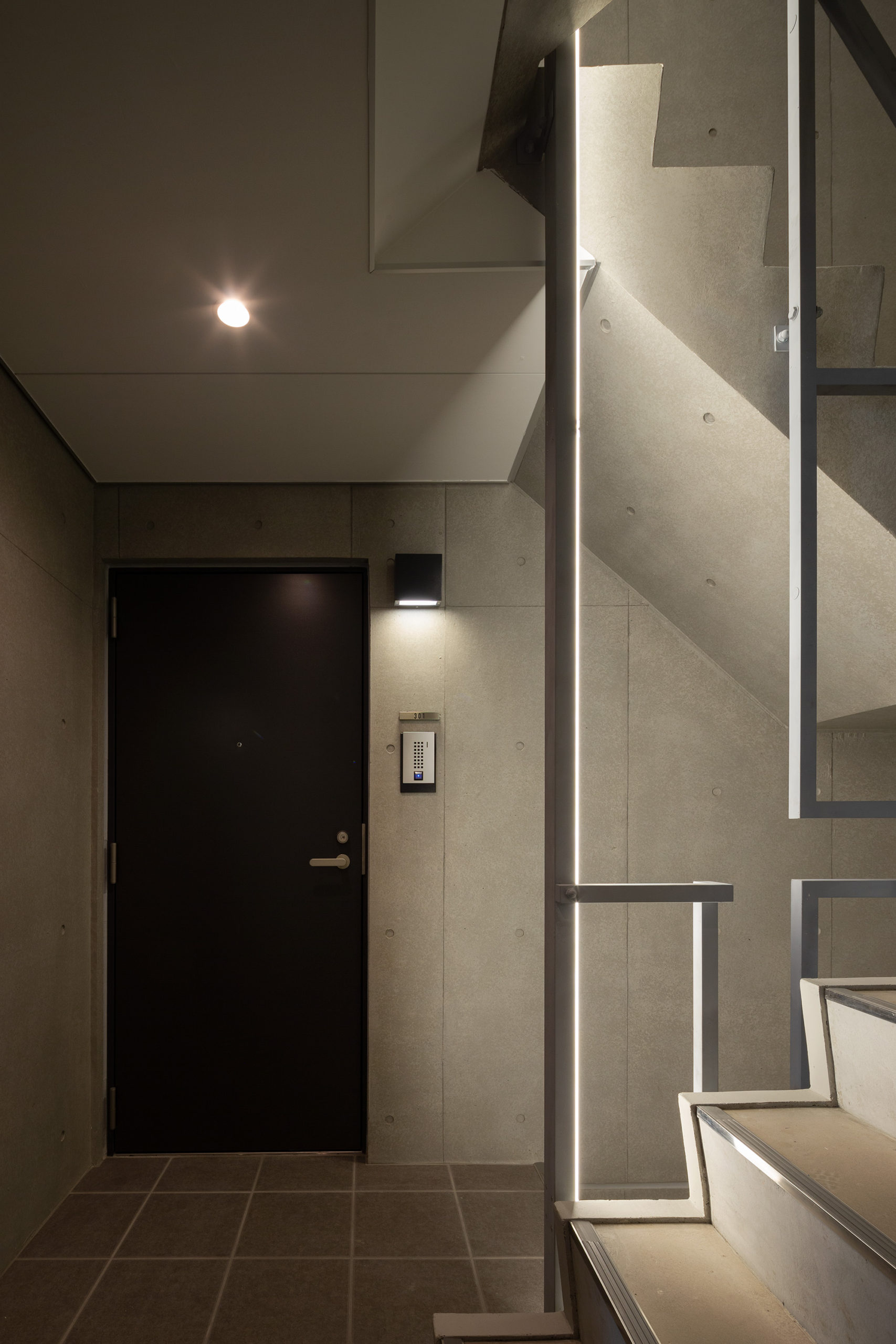 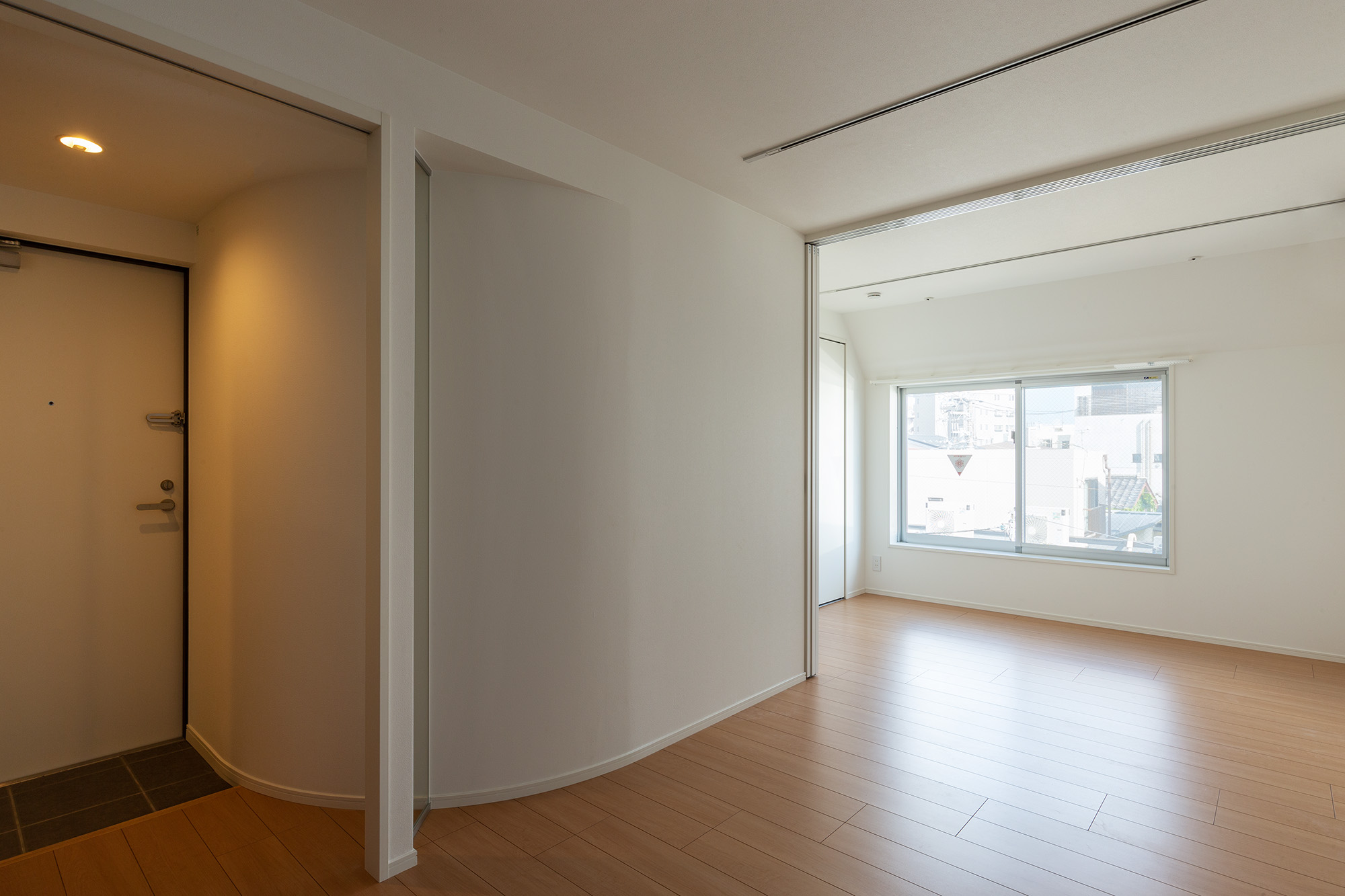 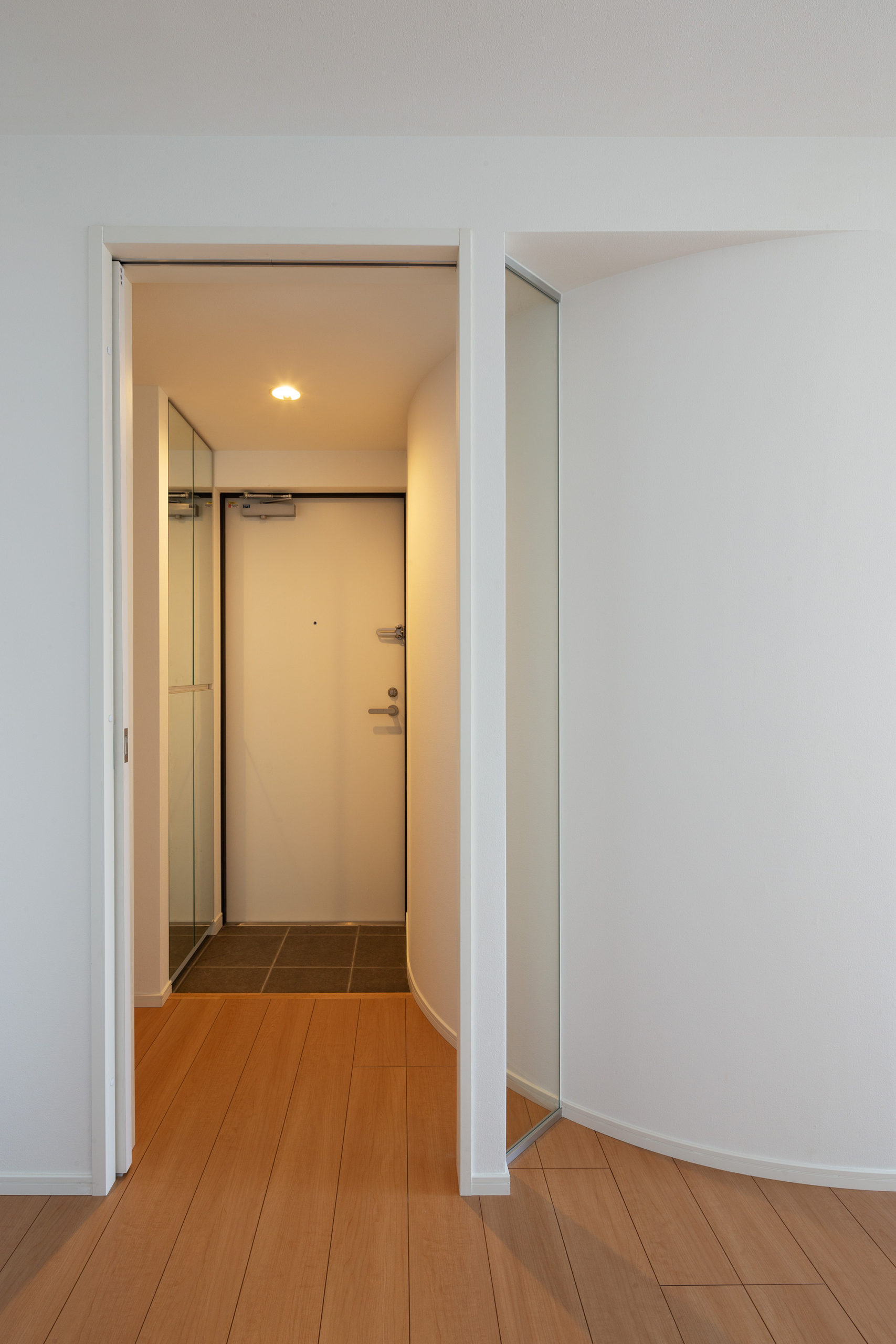 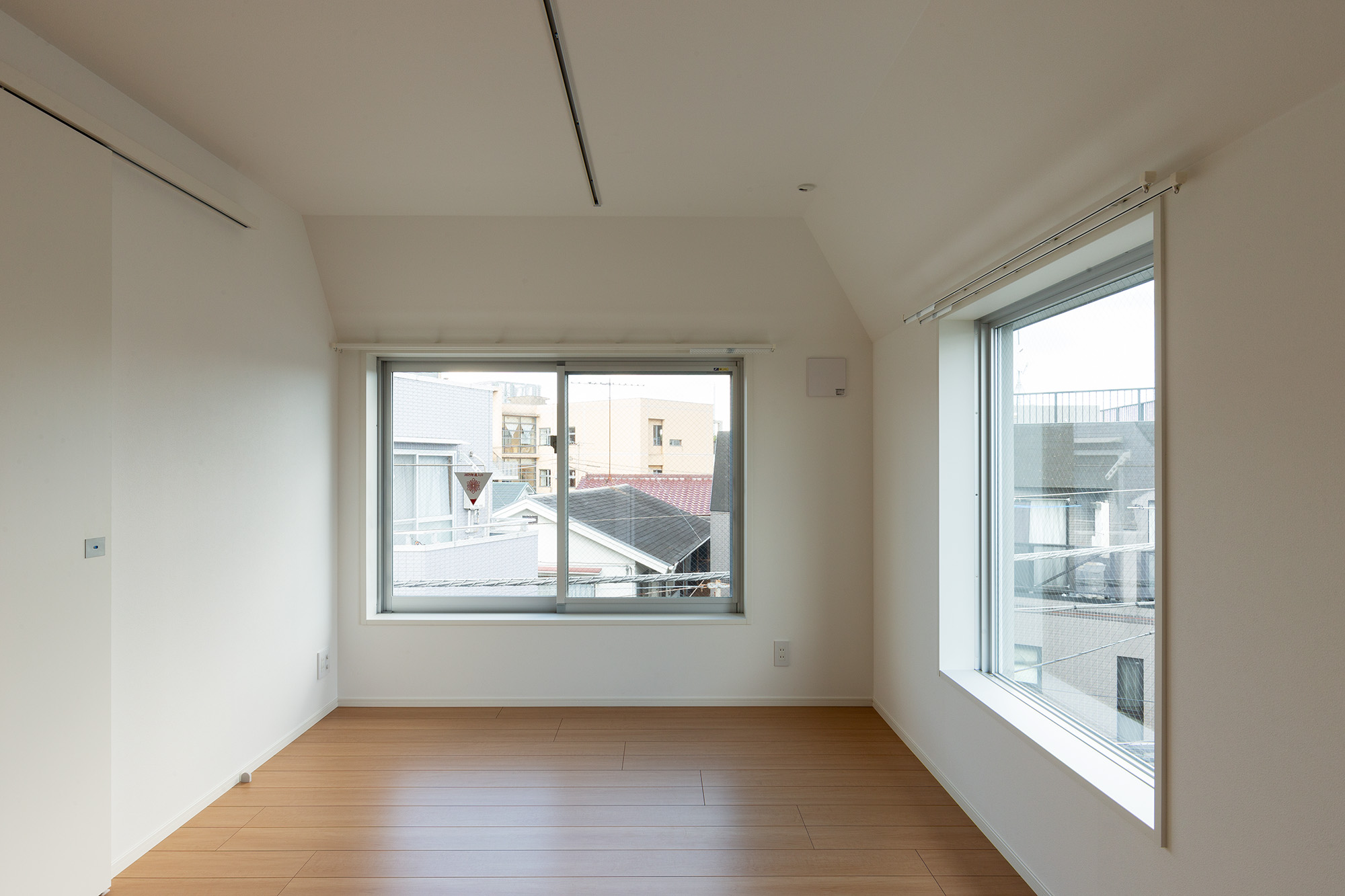 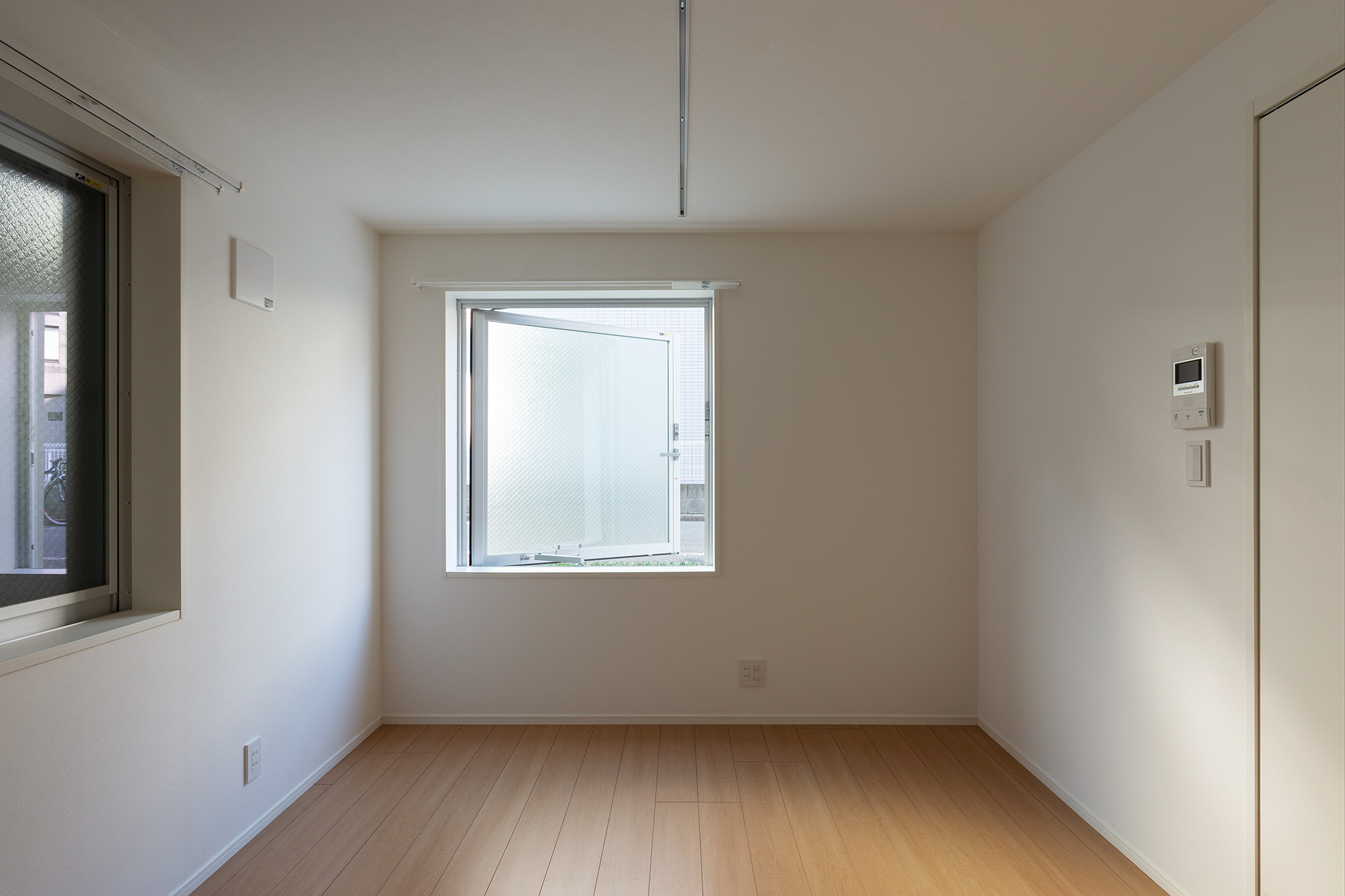 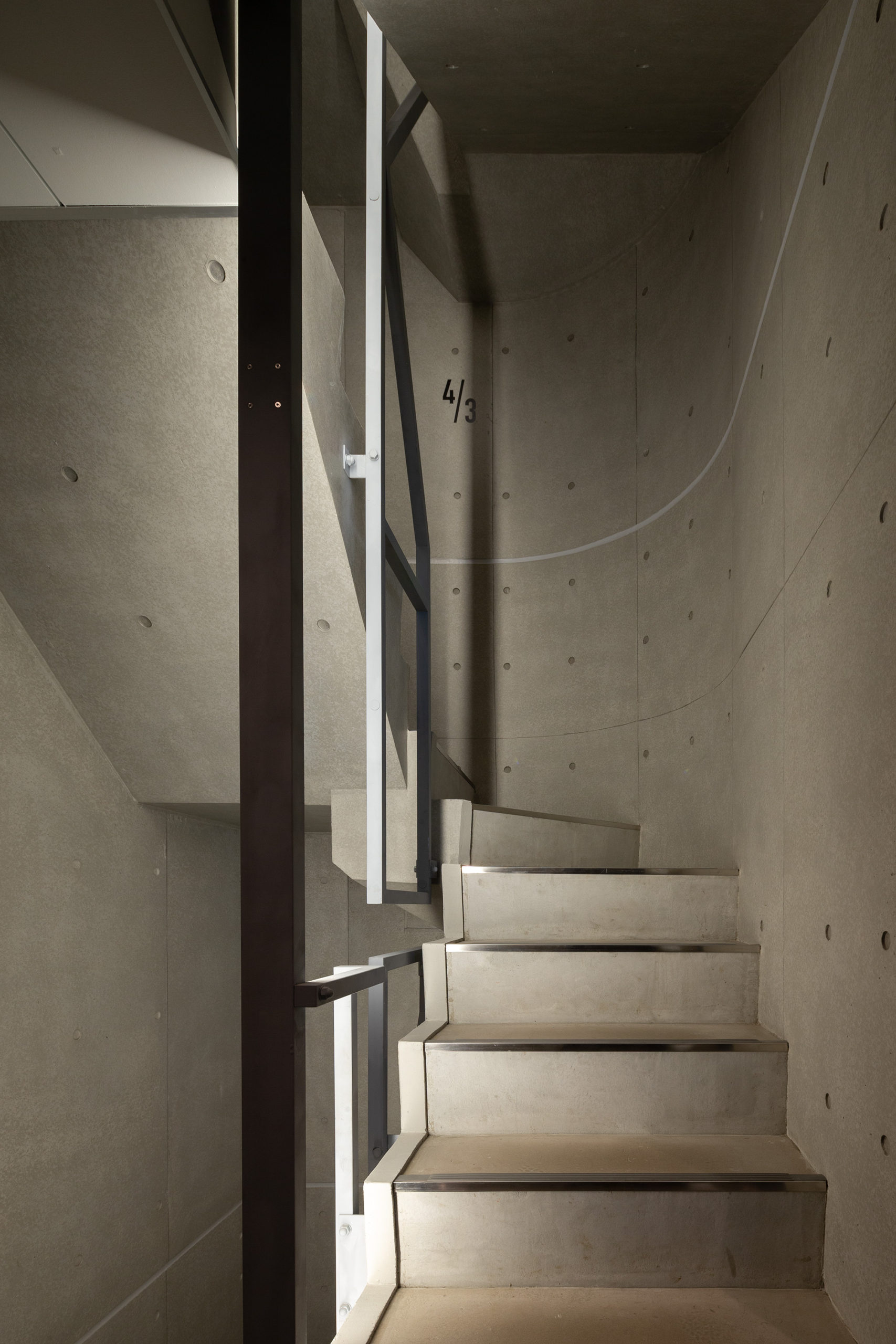 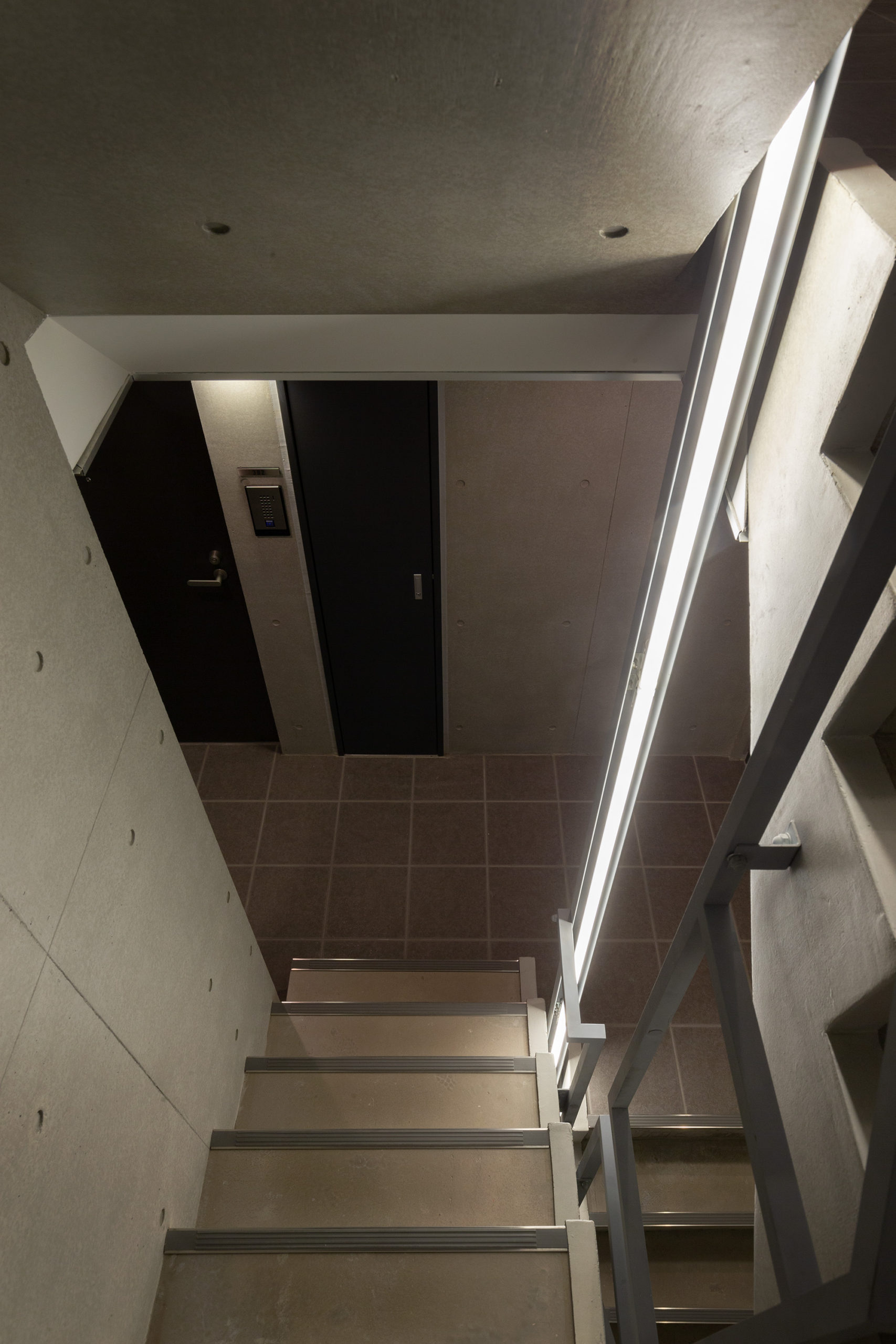 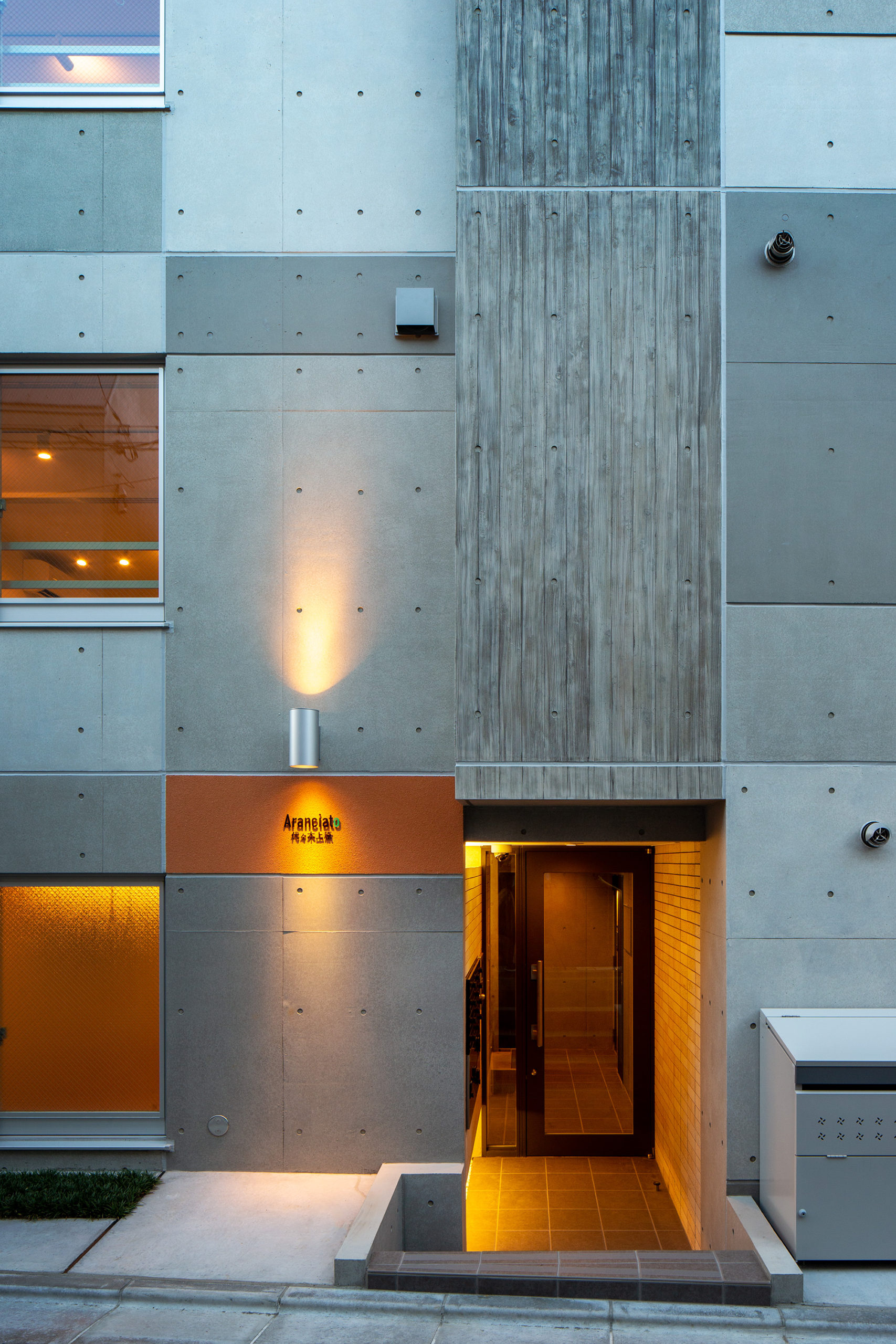 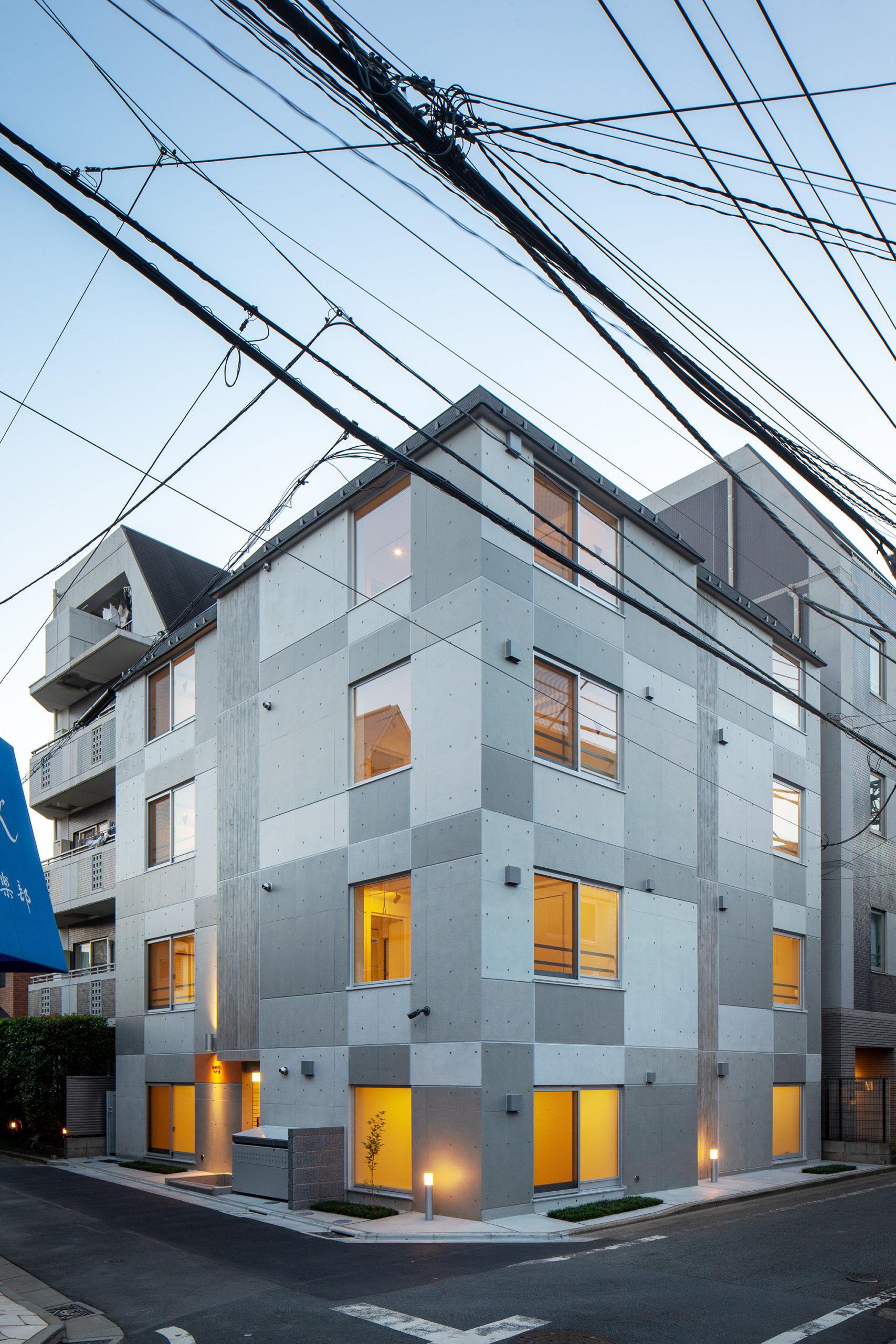