“Hotel D” is located along an avenue in Tokyo.

We designed a 9 stories RC structure building in 9.5m width by 7.5m depth narrow site.
It is the most general choice to adopt steel structure considering the shape of the building which is so-called “pencil tower” and construction cost.
However, we cannot ignore the noise and vibration from the traffic-laden street in front of the site.
That’s why we finally made a decision to choose RC wall type frame structure via this trade-off.

The architectural plan is quite simple. Each floor plan consists of evacuation routes, an elevator designed with minimum area usage and two twin rooms with the maximum area usage.
After considering the scale of the hotel and the need for high-spec sound isolation performance. We designed in-between walls made out of concrete for the guest rooms.
To matches the need of the hotel customer management policy. Most of the column beams built into the walls and floor to be able to compatible with the feng shui idea for some customer immensely dislikes sleeping beneath the beams.

We installed brise-soleil made of GRC(Glass Reinforced Concrete) on the west façade facing the main street. We expect this to be the appearance as a commercial facility and also capable of reducing heat and noise transmission. Although the whole brise-soleil looks like a grid, it consists of 216 L-shape units, with five different type of depth. The higher it goes, the height of each unit becomes. There are 120 types of dimension in the GRC units; these variations create a graphical pattern that draws as a spiral.
However, it is uneconomical to produce 120 unique shape units with its unique mold. Thus, we adopted a steel placing form which can control the depth of the mold by shifting the positions of base plates. By doing so, we can reuse and succeed in restricting the types of aspects down to one.
Besides, each unit section is designed for indirect lighting. GRC brise-soleil also acts as lighting fixture with the reflector with an exceptionally smooth GRC surface. 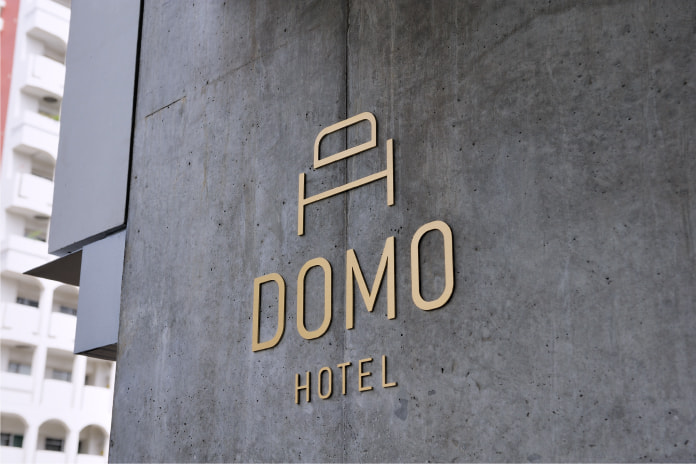 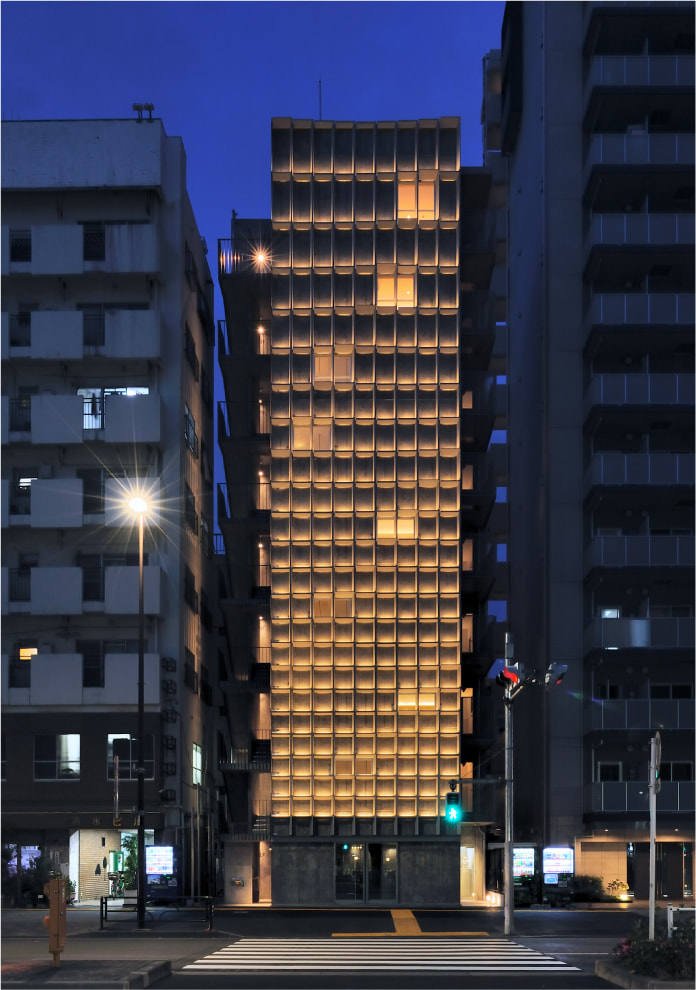 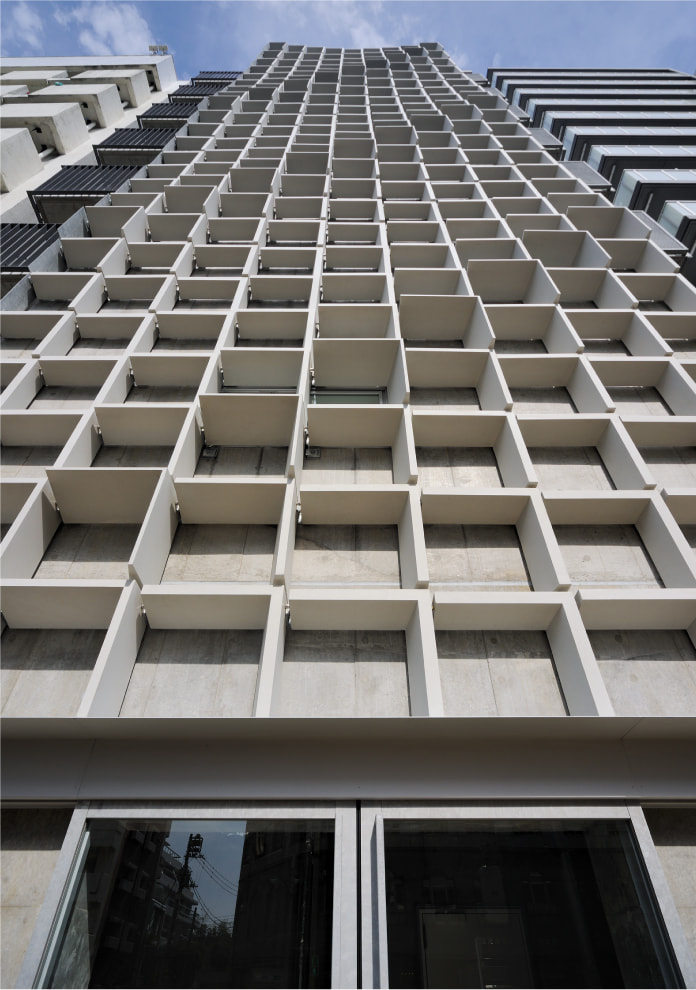 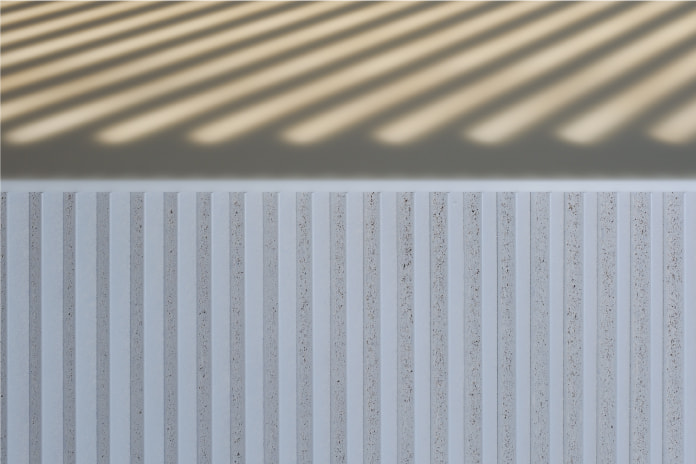 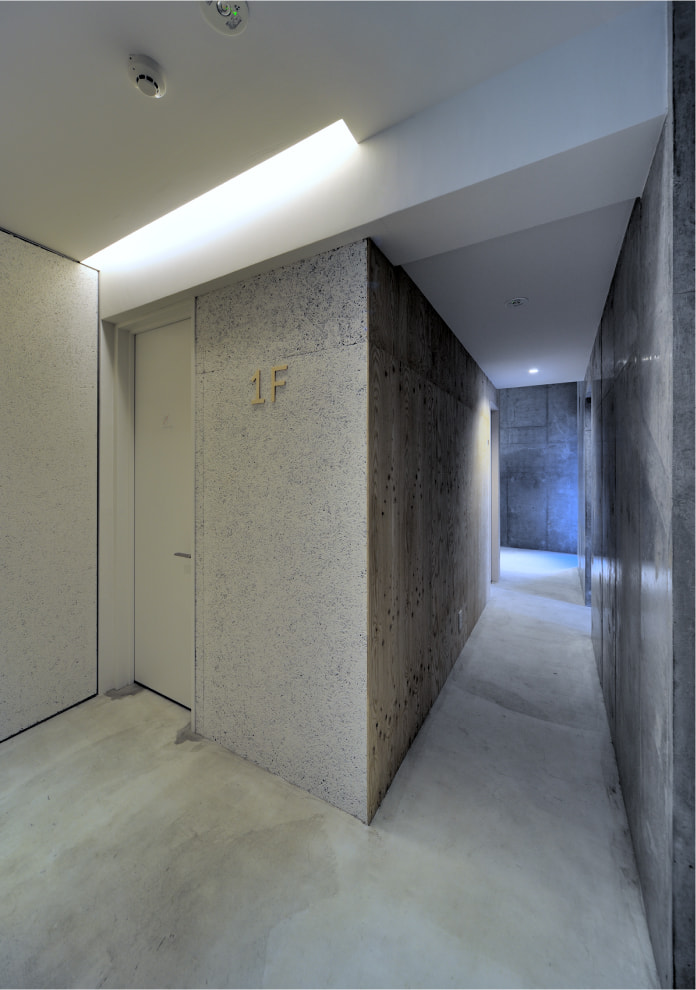 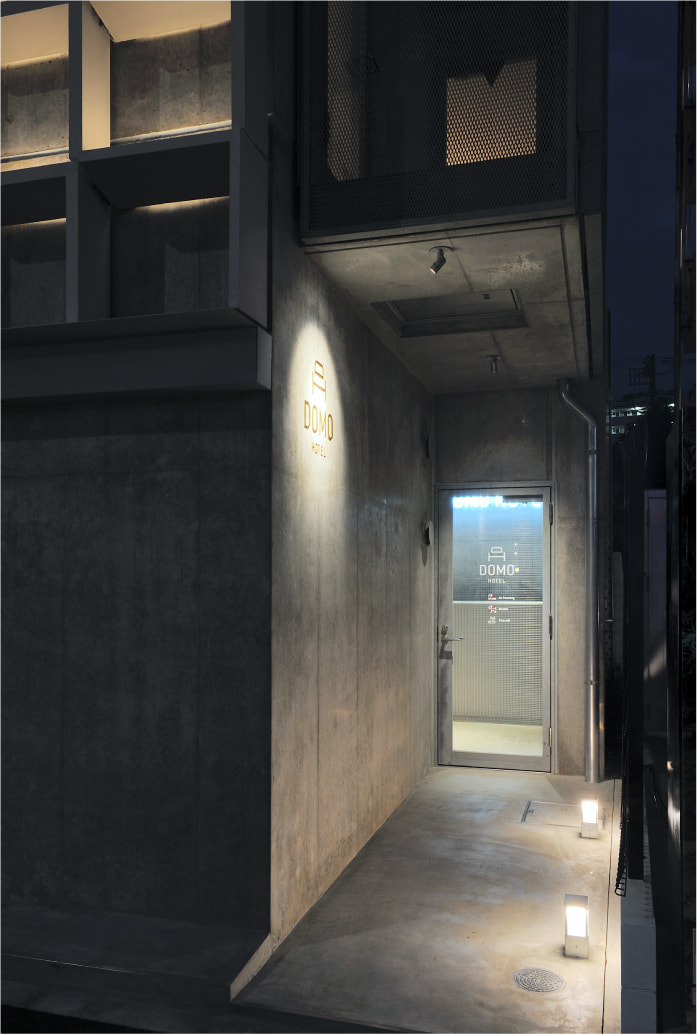 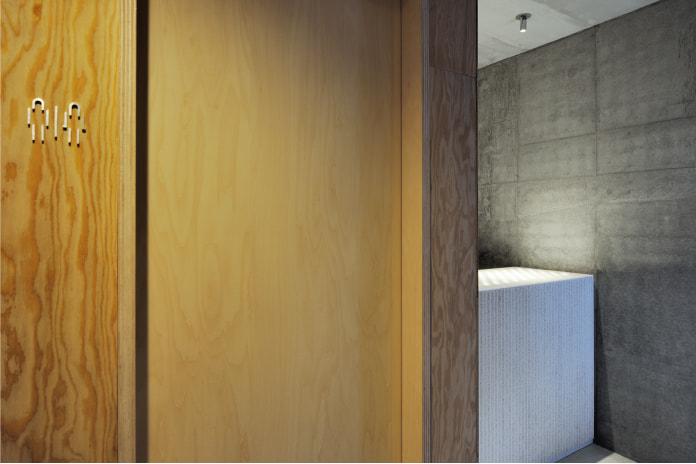 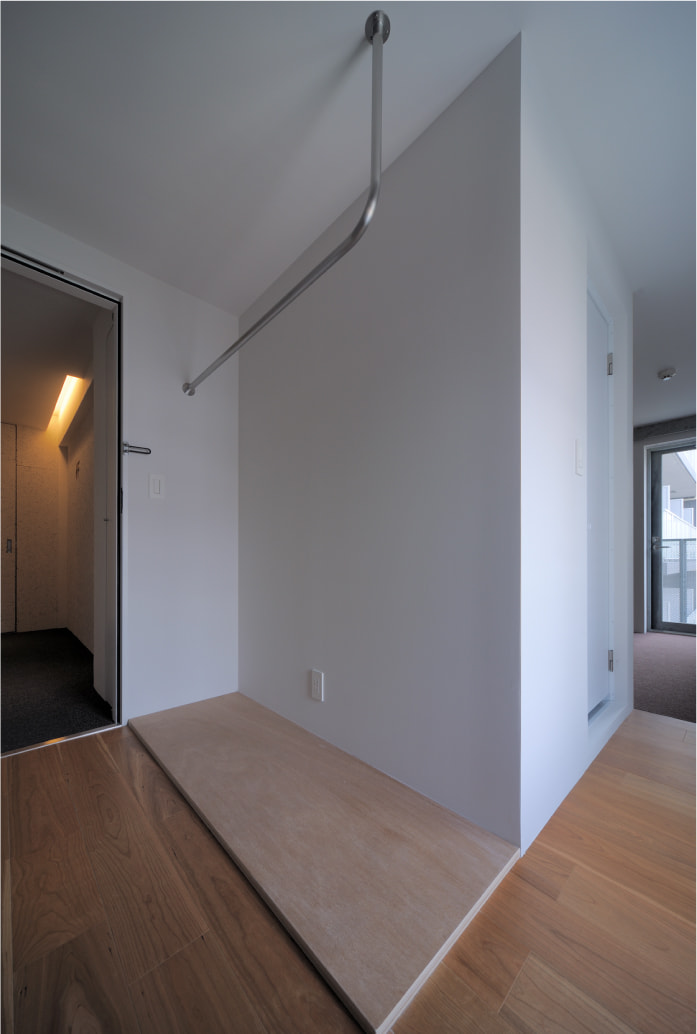 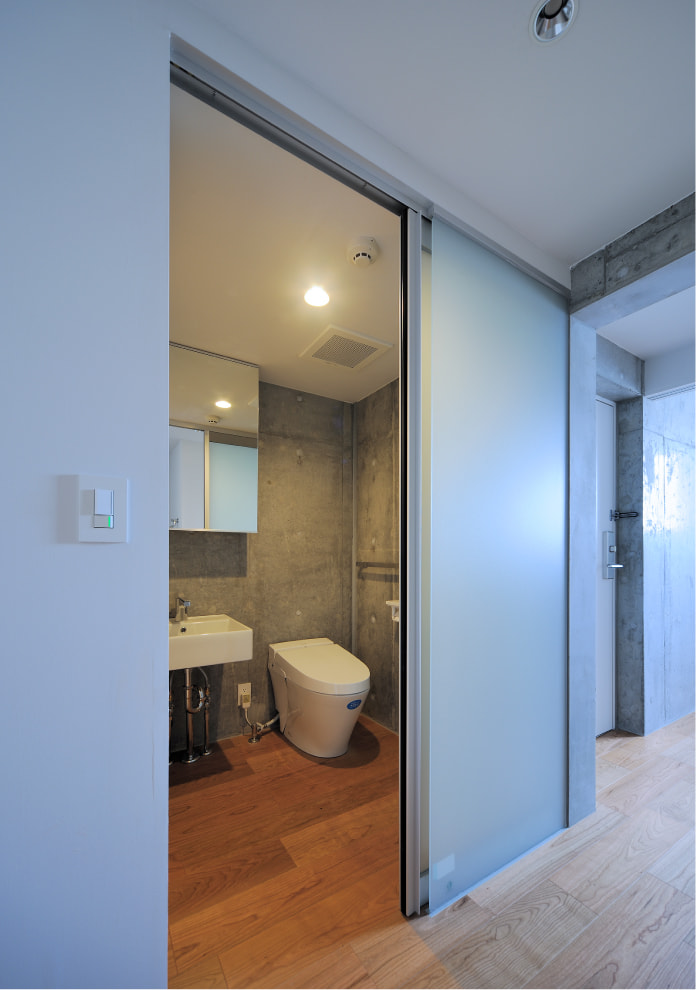 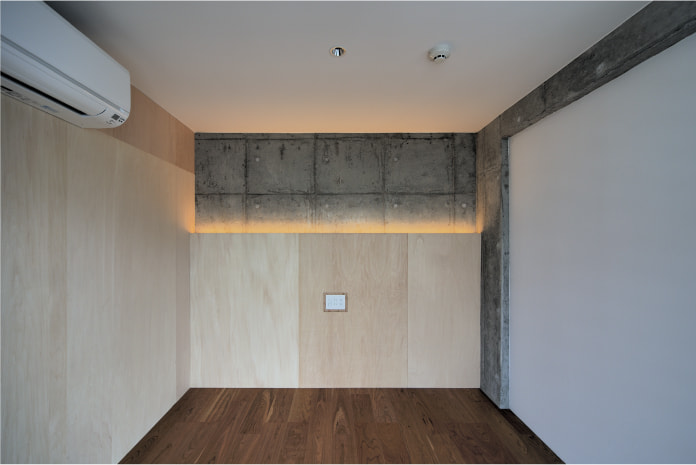